OH EM GEE Y'ALL!!  If you are not watching this show you are missing out. Not only is the good writing and the story of how S.H.I.E.L.D. came to be,it is a vintage costume dream land!  Lets just take a look at her outfit for Opening Act.  This blue suit with the red hat gives us her in Captain America colors but she's owning it.  She is her own woman and she will kick ass and take names.  Let's look at it in less dramatic lighting.

You know I was totally taking notes with this scene.  This is a typical post war suit, with the a-line knee length skirt and the tailored jacket WITH BONING.  She's wearing some serious armor under all that. The shoes are pretty spot on too.  Which leads me to one of the opening lines I loved when her roommate says, "You know Peg, there's a big difference between an independent woman and a spinster."

The ever sassy Peggy comes back with "Is it the shoes?".

Well, yes, totally. And this is totally a show to watch with your daughters because it not only gives us a smart, competent, and fashionable woman to look up to it shows how long we've come since then, but I digress. I was cooing over the fashion. Specifically, this dress below:

This is, hands down, one of the most 40's dresses I've seen on this show. I can't tell if it was made or if its real vintage though my money is on the latter. At first glance, or to an untrained eye, this dress looks fairly simple. Keyhole neck detail, puffy sleeves, a-line skirt and so on.  The keyhole was a very popular detail with the mid-40's dresses but its the execution here that drew my attention. The detail is created by having a front seam in the bodice, its then gathered into the collar and a center piece that draws it up into an almost bow like detail.  And the sleeve caps are pleated and pressed.  I'm fairly sure this dress is made from a wool flannel or crepe.  The reason I think its vintage is because of the front seam because most lengths of wool were 35-39" and its post war so a lot of piecing was necessary.

I know for a fact I'm going to be trying to recreate this dress, I already have some very similar fabric in my stash.  What about you? Have you watched this show yet? What's your favorite outfit?  Are you inspired to make some 40's fashion?
Posted by ladykatza at 4:28 PM 8 comments:

What's up y'all?  Hey, can you believe that its 2015 already?  Where did 2014 year go? The thing about time feeling faster as you get older is so true. This is part of why I've been neglecting this little blog of mine, life is happening and I should probably pay attention. Anyway.


I want to share a recent obsession, the motorcycle jacket. I've always loved them but was never able to own one because they were either too expensive or the cheap fashion ones made for models. Models whose thighs are smaller than my biceps because this viking grew up doing heavy labor (rowing, archery, wood chopping, tilling; these things make for lots of upper body mass). So getting my arms into one was basically a NOPE.


Right now motorcycle jackets seem to be everywhere on women, particularly in television. I think it has to do with the uptick in female heroes in the DC and Marvel adaptations to the serial screen. As a geek and a feminist this makes my heart happy, but as someone who loves history it also makes me curious. Like many of the articles of clothing eventually labelled as classic, it had its origins in the military.  I decided to do a wee bit of digging to find out more about its origins. 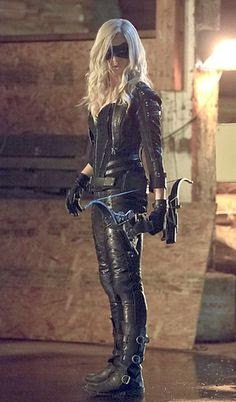 As it turns out the moto is an evolution of the bomber jackets used during WWI.  Originally they were brown horse or cow hide which had a thickness that helped protect the wearer from the elements.  Here's an excerpt from a great BBC article.

In 1928, Irving Schott, co-founder of the New York City-based outerwear company the Schott Bros, designed and produced the first leather motorcycle jacket with a zipper. He named it the Perfecto, after his favourite cigar. A shield against the elements (replacing the less efficient button-down motorcycle jackets of the time), this important new silver feature, with its asymmetric positioning, also allowed motorcyclists to lean over their bikes without cutting into the body. The original jacket featured a cropped, snug fit, with a D-pocket and lapels designed to snap down or fold over each other and zip all the way up


FINALLY!  That asymmetrical zipper is explained!  I'd been wondering for years the point knowing it had to root in functionality.  Not getting poked and chaffed by a zipper is definitely a plus for me.


Of course, when fashion appropriates things they like to add a bit of pretty or fluff. On the runway there are motos in every color for Spring and even pre-Fall (prefall? Like why do we need pre fall and resort? WHY?  Its dumb.). I love the one above that Felicity Smoak is wearing from Arrow. As a matter of fact, all the Arrow ladies rock them at one time or another. This floral moto shows up in another super hero show but I forget which one.


I should point out that Marlon Brando made the moto jacket in black a popular element among the young and rebellious crowd with the movie "The Wild One" and the James Dean in "Rebel Without a Cause".  I don't think this association will ever go away, either.  And while right now its "anything but black" among the fashion crowd, having a black one in your closet will be a classic, always.

I have two of them planned for in non-black to take me through the year. The way our weather has been lately I only need a really warm coat a couple months.  Sort of related I've been craving jackets and blazers to help mix and match outfits for work. I think the non-leather jackets well certainly help with that, especially on days I need to bring the bitchface.  Leather biker jackets certainly help set the mood.

For a bit more history reading, Fit NYC has an article here,  and another somewhat less reliable source here.
Posted by ladykatza at 11:25 AM 6 comments: