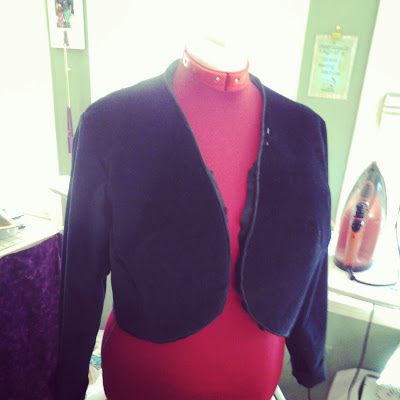 This is totally an "in progress" post. I finished up my second New Look 6564 and this will probably be my last version. I'm ready to move on to slightly more involved jackets and tailoring. This time around I block fused the entire body and did some machine tailored shoulder pads. I wish I had block fused the entirety of the linen version but will probably change my mind come summer. 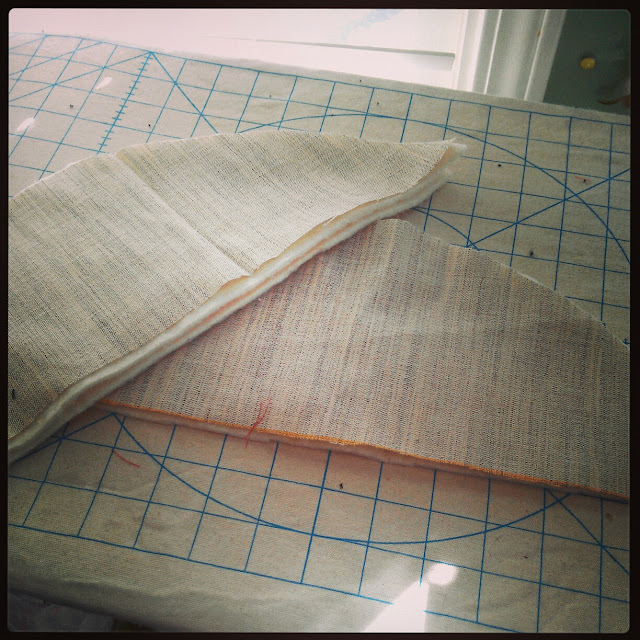 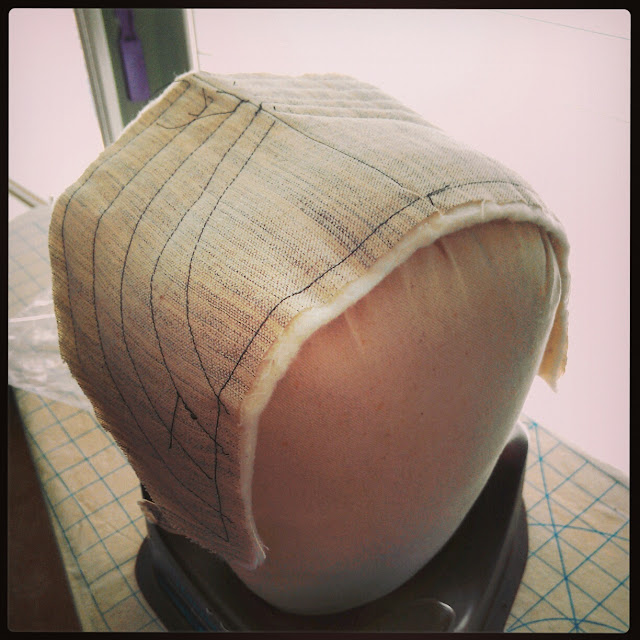 I then did some machine stitching and steamed the mess out of it while shaping it around the top of the tailors ham. It looks kinda like a pilgrim hat here. 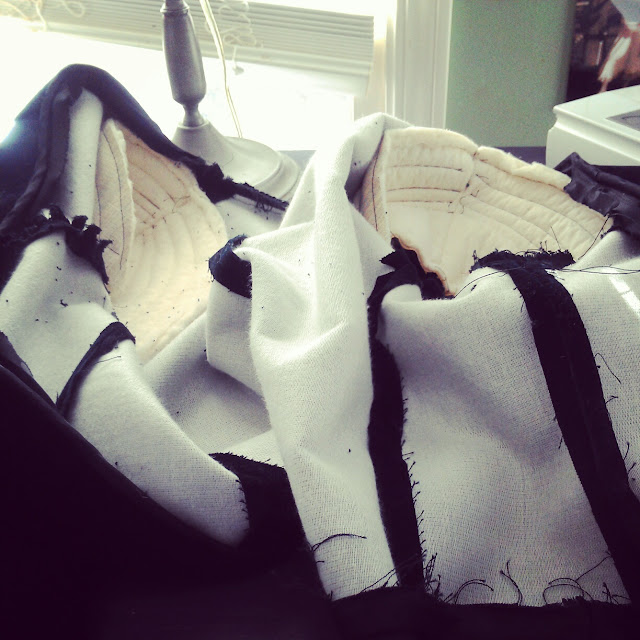 I used waxed thread and tacked them into place in around the armscythe seam allowance and then the shoulder seam allowance. The end result feels like 80's landing pads but really looks more late 40's ish. It didn't really increase my shoulder size, I'm just build like a viking. Its cool though, cause I'll be killer with an axe and a baseball bat come the zombie apocalypse. 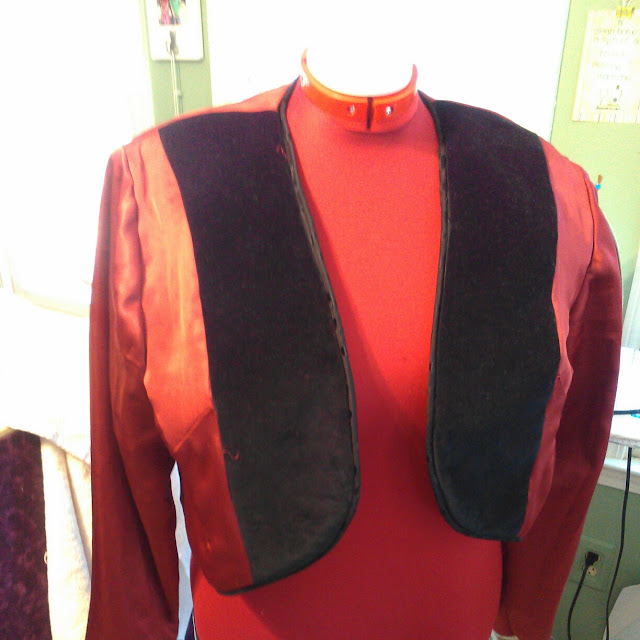 I also managed to set the lining and bag it out. I slip stitched the open part of the seam and the sleeves. Unfortunately I couldn't get piping in the sleeves to work and I have a few wrinkles that I'm not keen on but I think I'll be the only one that notices. 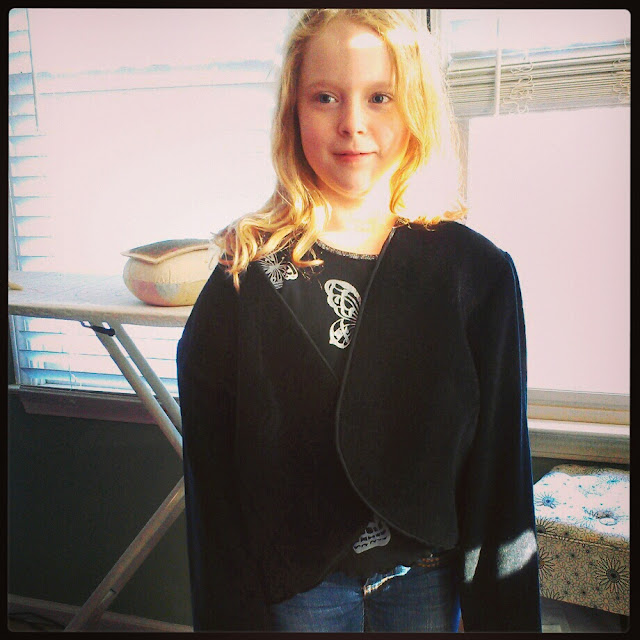 Felicity decided to try on the jacket for herself. She's got a ways to go before she'll fit into my clothes.

In other news, my roommate's Grandmother passed away and the funeral is on Tuesday so I'm taking the day off so he can have my car since his Mom isn't up for driving.  I have to go to pick up some supplies for the CT scan I'm having later in the week for my mystery abdominal pains that are NOT my appendix. Oh joys of joys.  But in any case, that means I'll be home and able to take outfit photos with my dslr. WEEEE!

Next up, Felicity's groovy jacket, Lady Grey muslin, and starting on a few new TNT patterns. I need blouses and jeans.

Posted by ladykatza at 9:23 AM