I don't know how many of you are familiar with the weather in this neck of the woods.  But to give you an idea we have a saying here in Atlanta  "If you don't like the weather, wait an hour".

Last week we had our first major frost. Due to the nature of the wonderful building codes of the '80s, my house has a permanent draft. Kinda like a castle but not nearly as defensible. However, thanks to the trees that fell on my house a couple years ago (and gave me a new roof and septic system), I now have an over abundance of firewood. Only half of which is in fireplace sizes because the huge pile is half buried under a pile of dirt thanks to the flooding of 2009. (My personal favorite photo of that here)  I'd like to add that the trees and the flood happened in the same year.  The year before I had a tree randomly fall on my car. In my driveway.

Seriously, I can't make this shit up. 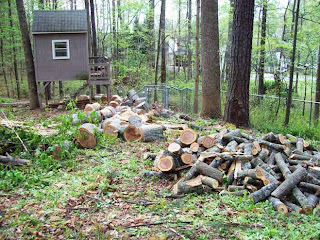 So anyway, for about a week my fireplace was like this: 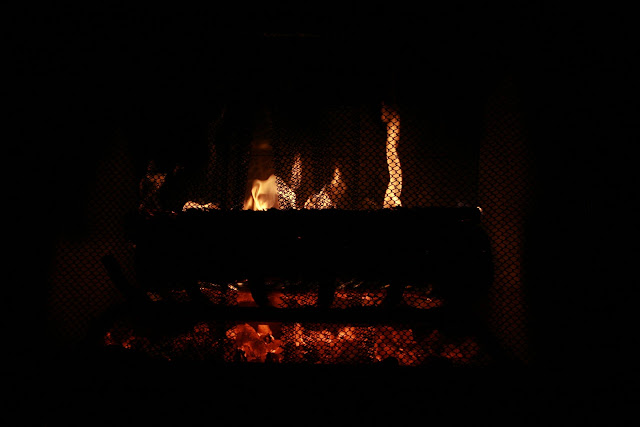 But then another weather front came through and it warmed up. And guess what we got? FOG!  In fact, it was such a grand fog that after I got home from work yesterday morning I ran out in a t-shirt and underwear to take pictures.  My neighbors LOVE me. 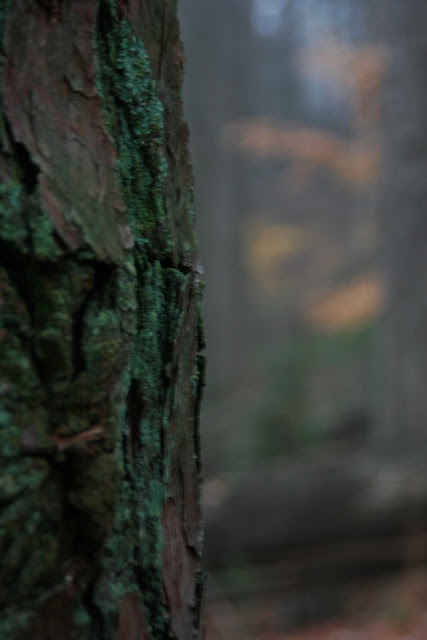 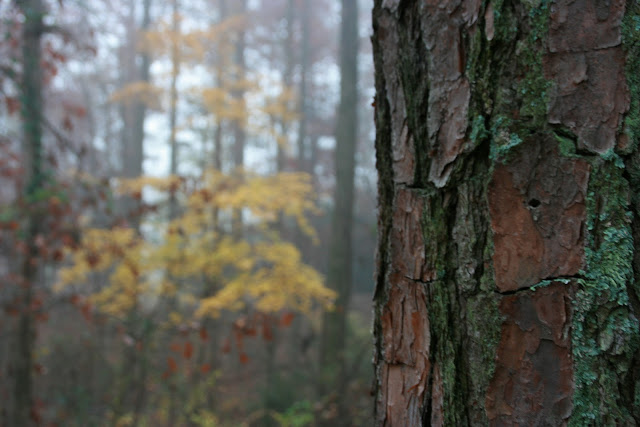 So after my somewhat indecent exposure I decided to go to bed.  But in sewing news, I think my mojo is starting to return.  The kids have been complaining about lack of sleep wear. Felicity has been sleeping in her  jeans and I'm like NO!  So I'm probably going to do some stash busting of old knits and make the kids several pairs.  In the meantime I pulled a UFO out of the "box of shame".  I cut this robe out with the intention of making it LAST Christmas. Its a size eight and  its HUGE. Turns out Felicity is inbetween a six and seven and I have to lengthen it just a bit.  This is the robe off of McCall's 4646.

Simon has this irritating habit (which I think he got from his father) to run around the house in his underwear and then complain about being cold.  I went looking for robe patterns, asked him if he wanted one and he said "A warlock robe? That would be cool!".  I said no, like the one you have and he gave me a disappointed "Oh.".  So I asked if he would actually wear the robe around the house if I made one like that and got a resounding YES!

*sighs*  Maybe I'll make myself a Morticia like dress/robe and my husband a smoking jacket. My roommate could be the butler and then all I need is "Thing".

Posted by ladykatza at 7:45 AM