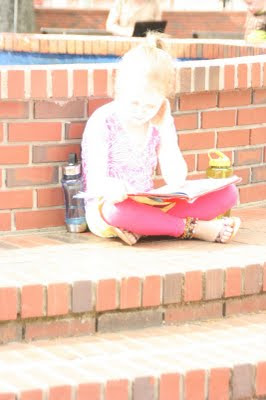 (My daughter reading by the fountain)

This week started off with quite a jolt. The county commissioners released their budget the day before voting on it, and in that budget we found out that 13 out of the 17 libraries were slated to be closed. By May FIRST!!! WHAT!!!??? Close my libraries? Are you crazy? I know that my fellow sewists are highly intelligent people and understand what a travesty this is and that I couldn't just let this go.

Well, a lot of my fellow neighbors felt the same way and a real quick protest was put together in Marietta Square. Show up and read. Ya'll, I took my kids too. This was their first lesson in civic duty. The right to peaceably assemble and to petition our government. This was even more important considering I had just voted on a tax increase FOR the parks and libraries in my county. 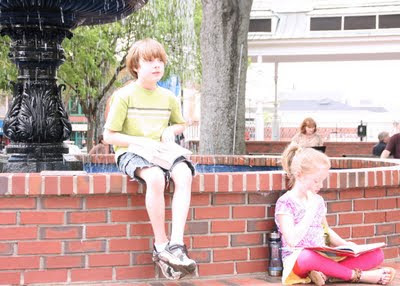 (This was just before they were spotted by the news)
The grass roots movement started on facebook, and moved to the blogosphere and twitter. People were emailing and faxing about how unacceptable this was to them. The news covered the story. In the end, they changed the budget last minute to keep the libraries, but we're still having to make cuts. Everyone is, but that's how things go in a down economy.

So that's what I was doing instead of sewing. How about the rest of you? 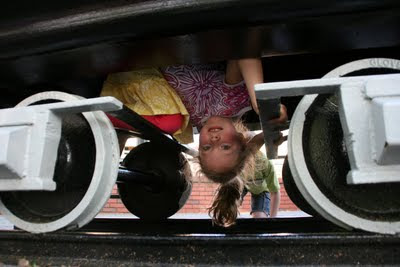 (Tired of reading, er, protesting, the kids retired to the playground)
Posted by ladykatza at 10:45 AM